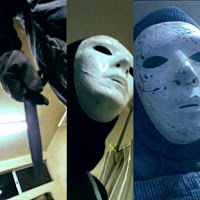 It's been almost 3 years since my last update post on the site.  Well, that hiatus ends now.  I have updated the look of the BMF Forum as well as many of the pages here on the site (also slightly changed the color scheme).

The Where Are They Now? section of Bloody Murder has been updated with info on Christelle Ford (Drew Zemke).

Since my last update (June 2015) I have confirmed that the movie The Butcher was, in fact, written as Bloody Murder 4 (a sequel to The Graveyard).  So I hope that clears up any confusion on the matter.